.South Dublin County Council asked the indoor bowling club were they  interested in having a new outdoor green.

The then chairman of the bowling club Philip Greevy with a few members met the Council officials.

A number of meetings were held over the following  years with a Mr George Byrne then Chairman of the bowling  club and SDCC requesting  what progress was being made regarding the new Green. Eventually It got the go ahead and finance around 2007 and work started on site

As work was progressing on the new green both the indoor bowls committe or Greenhills Community Council informed SDCC  they were unable to take on the running of the Green.

So in August 2009 a Steering committee was formed from a number of bowlers from  other clubs and on 7th September 2009 the first Committee meeting  was held and set about preparing the way forward.  Several more meetings were held in such places as Community Hall,Football Club, Crumlin Bowling club and SDCC Offices to overcome problems of responsabilities and insurance etc. We owe a great deal of thanks to that Committee and SDCC officials who done a lot of  very hard work to get us up and bowling namely

We also owe a big thank you to Greenhills indoor bowls for their generous donation of 1000 Euro,s  which helped us  a lot

The very first competitive match played on our new green was on  2010 but not by Greenhill,s as we were drawn away but by Crumlin V CYM

In 2012 all the members backed a decision to purchase our own clubhouse  so with a loan from the Credit Union And an interest free loan of 15 Thousand Euro from the BLI which was a great help  we managed to Purchase a building which consists of a ladies&gents changing rooms' toilets' and a small kitchen.

Our Chairman who spent hours  at meetings  with council officials ,planners,builders.To get this club up and running 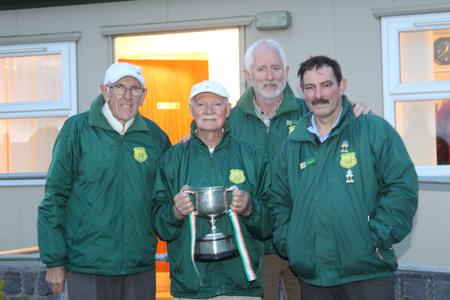 We had another very good year in 2018

we won the  division four with 71.5 points

we won division 6 with 46 points

our ladies team were runners up in division 3 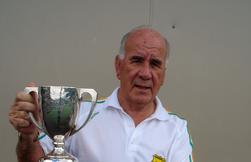 Four of our members were Mc cready cup winners

In 2012 We played in BLI Div 5 Monday evenings  we finished 4th in the league winning all our home games.We played a total of 20 league games winning 13 and lost 7

In 2013 we moved into Div 4 Monday league. That rolling year and for the next 2 years finished bottom or near bottom in both league&Vets

We also had a special day for our dear friend Raymond (RAY) Waterhouse RIP  his wife Peggy And family  attended. We had a great get  together afterwards in the Community Center 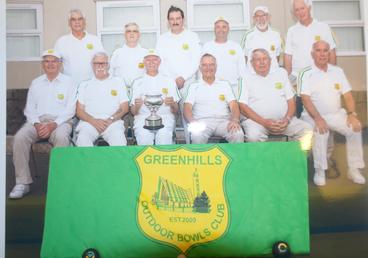 we ended third in division four

Two of our members Tommy Scallon

we also won the Shotte cup

Our ladies came second in Division 3

and 4th in the Saturday league